Information from our 2019 event. Check back in closer to our 2021 event for more details.

Our live music will have you moving on the dance floor til midnight, and still tapping your feet when you can no longer stand! And of course, once again we have a comedian – who is often the star of the show!

Angie Soul features the incomparable Angie Nayaran. Undoubtedly the strongest soul voice that Australia has heard, it is not hard to understand why Angie Soul continues to captivate a vast audience. With vocals that are beyond compare, she has amazed audiences internationally, displaying a sound wiser than her years. Dubbed Australia’s Soul Mamae as a top 12 finalist on the hit reality TV show, Australian Idol, Angie shook the show with her powerful performances leaving viewers and industry greats speechless. Angie has supported industry legends like Renee Geyer, John Paul Young, Vanessa Amorossi, Paulini and Human Nature, to name a few, and continues to move audiences with a voice that truly comes from the soul. Angie, as female vocalist, will be joined by a guitarist and sax player, and will perform on both the Friday and Saturday night of the Channel Country Ladies Day.

We all have a story and the human voice is a powerful vehicle that transcends the everyday and takes us on the journey of the human spirit. In this workshop we will uncover the secrets to the art of story telling in song using this incredible instrument (‘the voice’), that when harnessed is a beautiful liberating tool to express your story.

Bev is back for a second time around, after a stellar performance at Noccundra! Bev Killick is from the bold and brassy school of stand up, delivering a non-stop energetic set every time. As soon as she blasts her way on stage, you know you’re in for a treat. Bev is likeable, bawdy and real.

Bev started making people laugh from the age of ten, at family gatherings. Invariably these gatherings would end up with Bev putting on a show. Always the class clown and lunch time entertainer, Bev’s ability to remember a joke (handed down from her Dad at the meatworks) and tell it well, saw her doing Stand Up Comedy in the school quadrangle long before she knew that it would be her calling.

Bev’s move south to Melbourne was where her innate comedic abilities came to the fore. Participating in numerous performance workshops from clowning to improvisation, she perfected her stand up routine touring it around Melbourne, Sydney and Brisbane comedy circuits performing in top comedy spots such as The Espy, The Comedy Club, The Comics Lounge, The Comedy Store and the Sit Down Comedy Club. (She loved the Espy so much she married the lighting guy, who would give her extra special lighting during her sets).

Bev’s ability to get a crowd laughing non-stop each and every-time, came to the attention of the Producer’s of the worldwide sensation Puppetry of the Penis. They offered Bev the opportunity to travel with the show as their opening act. Bev jumped at the offer and travelled around Australia performing to more than 250,000 people.

For awhile Bev’s life became all about boobs after she landed a role in the much-aired Berlei Ad for the Uplifting Tour of Australia and as a result of this she was asked to perform as a Bosom Buddy in the hit show “Busting Out!” making audiences across the globe laugh their tits off while she got her tits out.

Bev has worked with Weird Al Yankovic, Wayne Brady, Gina Riley and Jane Turner as a guest cameo on Kath and Kim. She was a panel member on Beauty and the Best, featured comic on Stand Up Australia, a special guest on the hit show Pizza, marreid her Lighting Guy on Surprise Wedding, beat the blokes on Joker poker, performed three solo and seven group shows at the Melbourne International Comedy Festival, was selected to perform in the prestigious female only “Up Front” gala.

Bev has more than 20 years’ experience telling stories onstage and making people of all walks of life laugh. Ever wonder how a professional comedian does it? And always wanted to give it a go? Then this workshop is for you! Bev will run a fun, interactive workshop and provide an insight into how the professionals make it look so easy. It’s all about encouraging confidence, humour and individual creative expression. 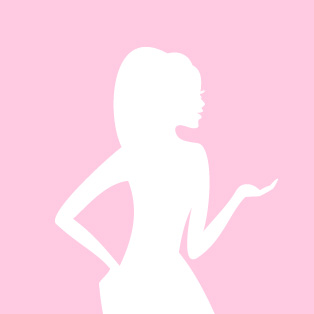